The gift from one to another 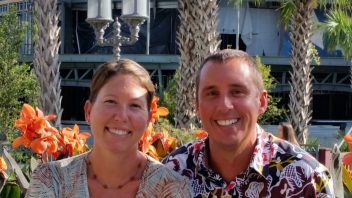 Core Carbon Rings was started in 2009 when creator Bobby Howering decided he wanted a full carbon fiber ring. “I had a white gold wedding ring for around 9 years at the time that I just never really liked. It was the best ring I could find that suited me. The ring was custom made with a weave pattern similar to some styles of carbon, which I have always loved! Carbon fiber is a material I have worked with since I was a child growing up around aircraft design and production” -Bobby.  What started as a desire turned into a business for Judy and Bobby Howering.  Read more of Bobby’s personal story below. 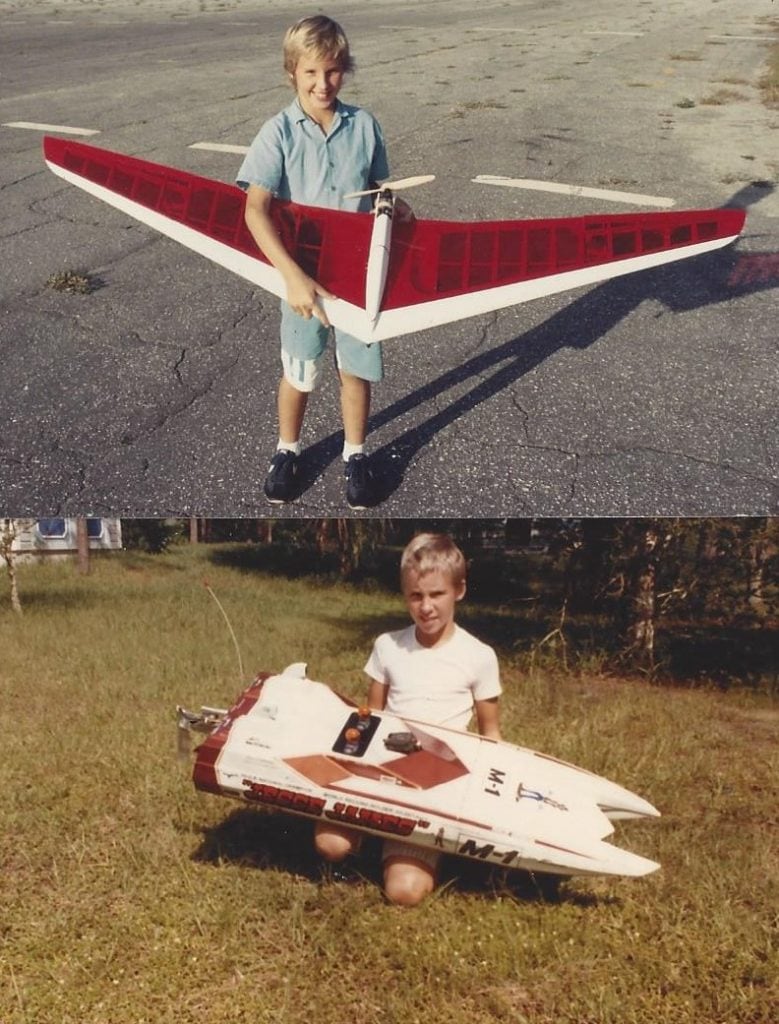 I grew up with a Grandfather who was truly amazing! He had such a passion for life, family, friends, and his pastime… airplanes. He was always building something, whether it be a model plane, boat, or the real thing. He was an incredible man who also loved his wife and family in such an awesome way. He could make a friend anywhere and keep them for a lifetime. He had a unique character and was a true gentleman who blessed so many with his grace. He was a person who challenged me to always progress. He taught me to always do my best in whatever I endeavor.

Through that influence and family environment I grew up building things, at first in the form of model airplanes and boats. My grandfather and his son were quite prestigious in the building of models and full-scale composite aircraft. I can remember, while very young, reading articles in magazines about their accomplishments. I was determined I would strive to carry on that legacy.

I started working with my grandfather and uncle during summer vacations and weekends from the age of 11 to my early twenties. It was such an amazing place to be! A place I was supported to challenge myself and develop skill sets rapidly as the third-generation apprentice, while influenced by such incredible craftsmen! There was always fun to be had and silly things going on around my grandfather! During this time of my life I would learn every aspect of composite aircraft development: tooling, fabrication, assembly, mechanical, electrical, painting and other skill sets. I could build and fly a small aircraft from scratch to the highest degree by my early twenties. 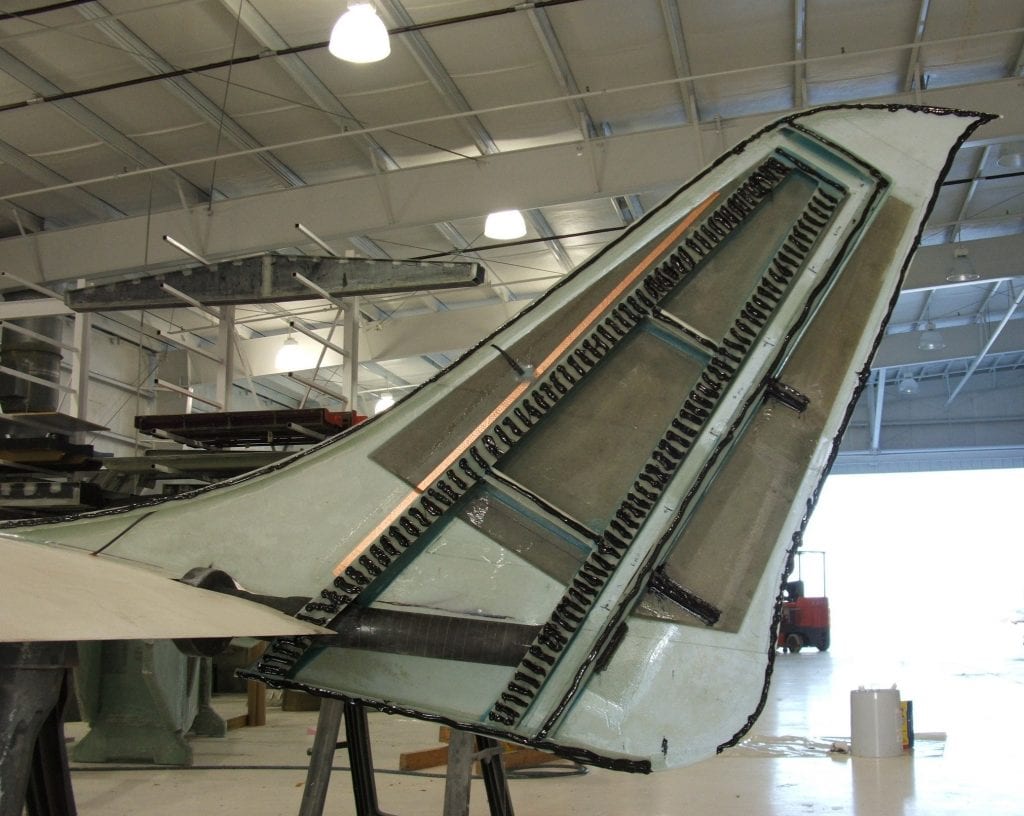 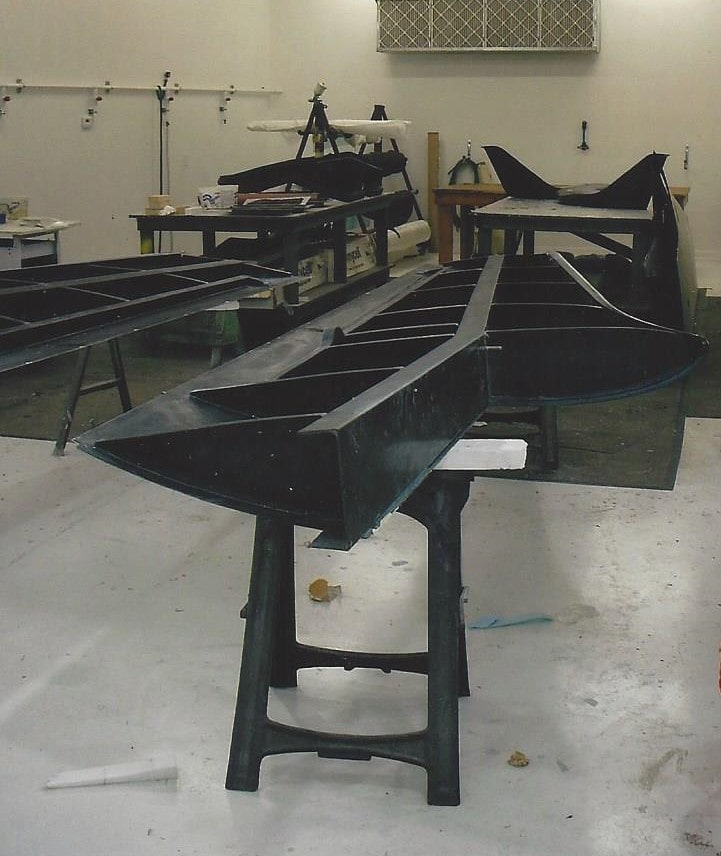 Full carbon fiber composite wing panel before attaching the other half of its wing panel. 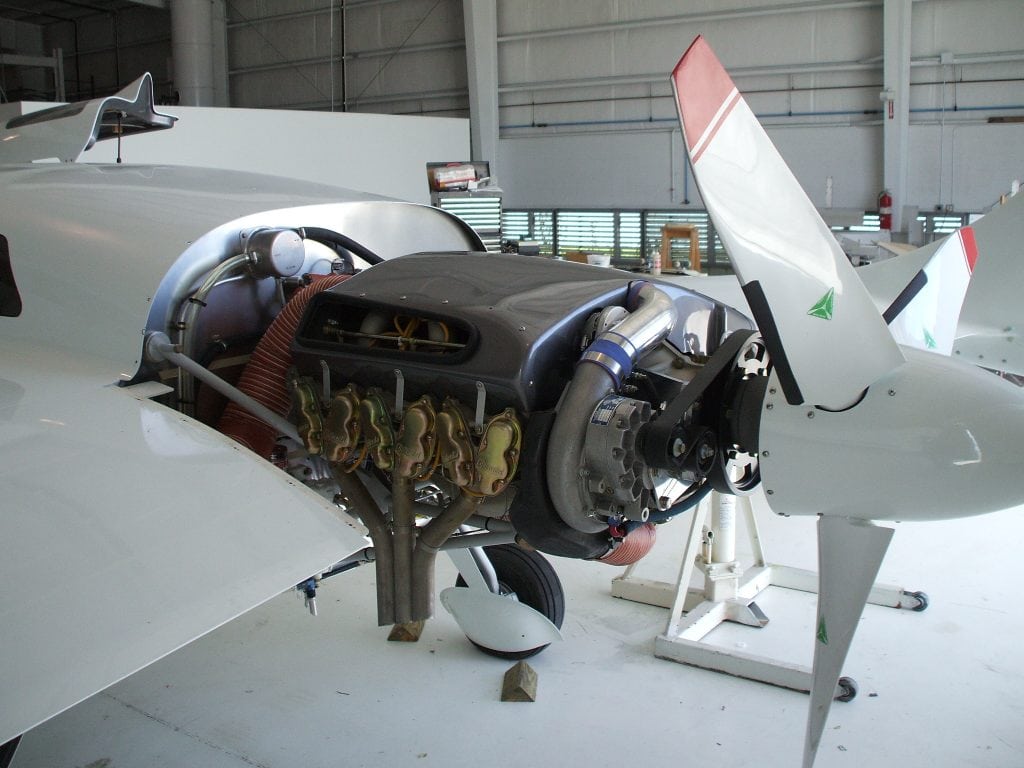 My life and the life of my family changed dramatically when my grandfather died unexpectedly. Most of my close family moved to Maryland, where Judy and I followed. I was approached by a private investor who, after learning of my background, wanted me to develop a boat company for him. It was a position in which I could employ all my past teachings into a project I would conduct solely on my own. My early to mid-twenties were spent using my knowledge of development, tooling, production, mechanical, etc. to produce a beautiful boat that was highly regarded in its class. The quality of the boat, first displayed at the Annapolis Boat Show, drew the amazement of many people in the industry. The experience was gratifying in that it confirmed I could perform at a high level. I was taught well, and my Grandfather would have been ecstatic. 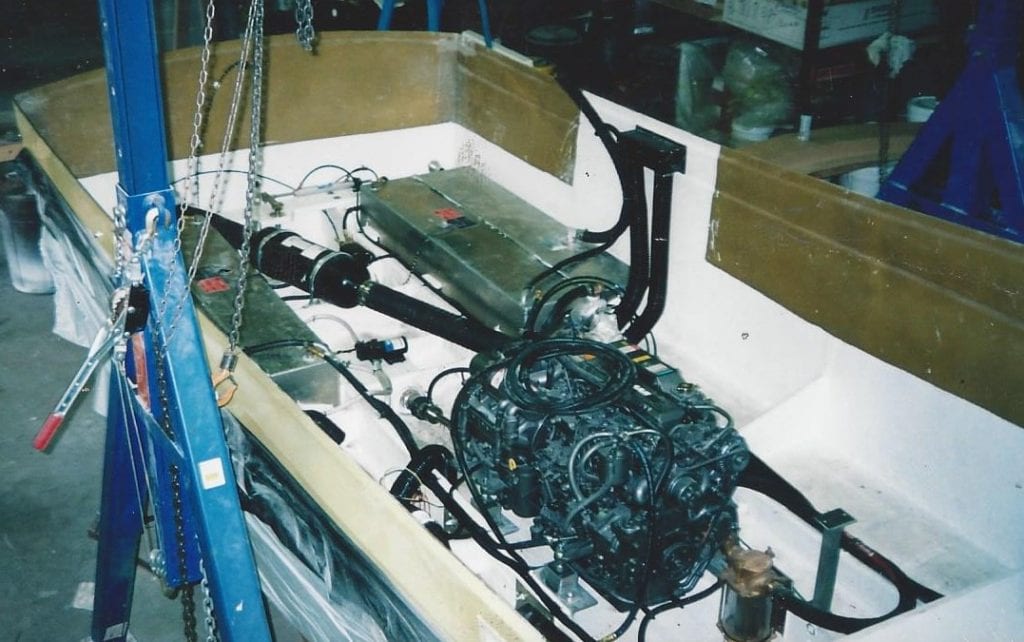 Hull and running gear complete and ready for bonding of liner and top deck. 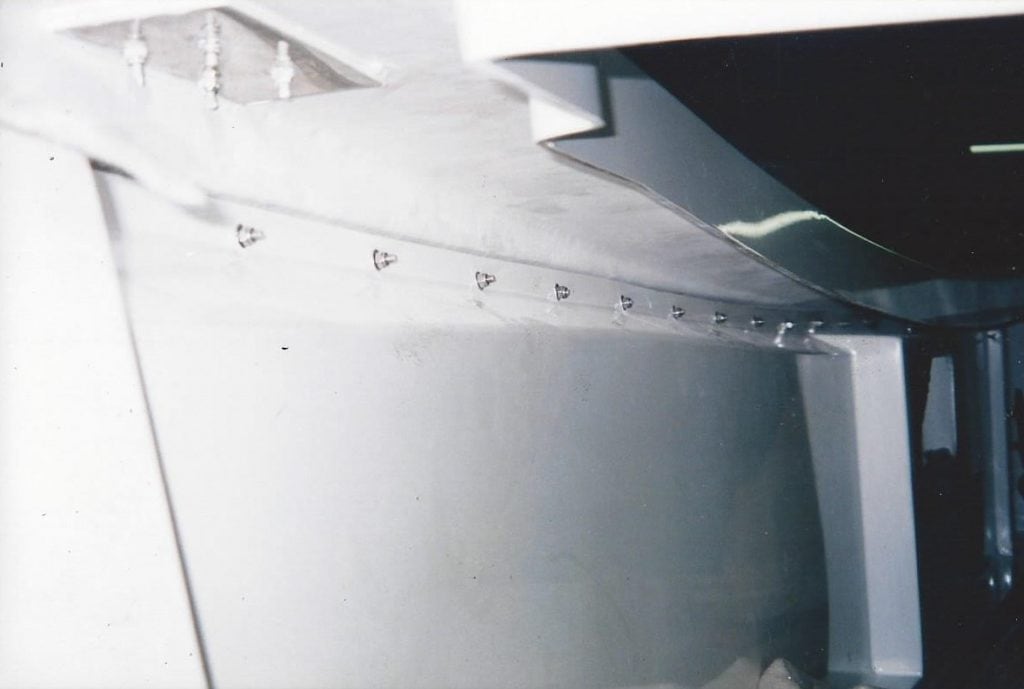 Hull, liner, and top deck glued and through bolted. 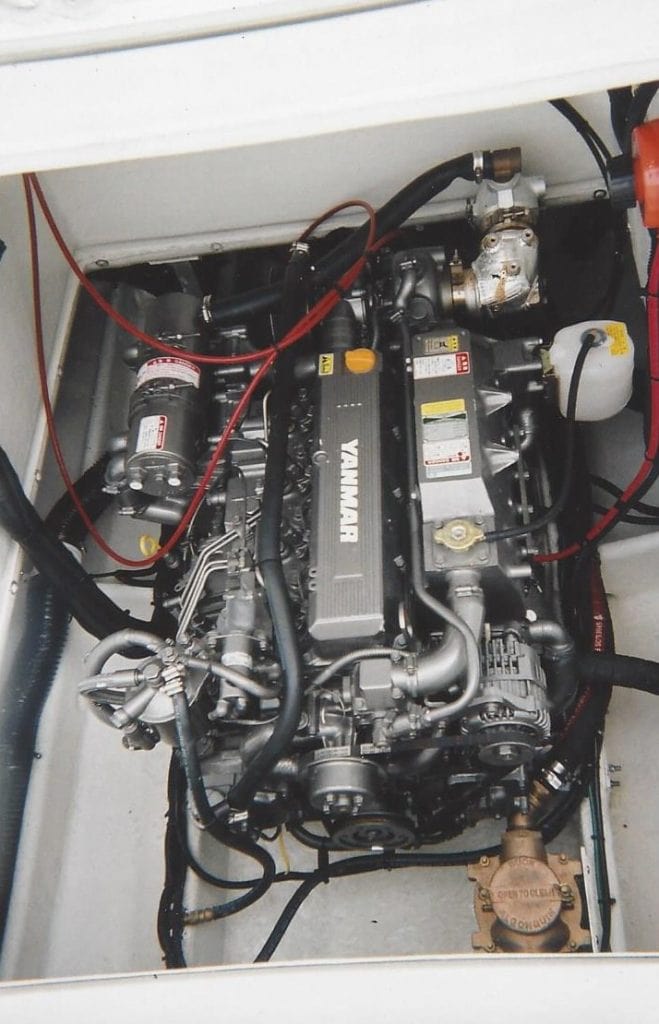 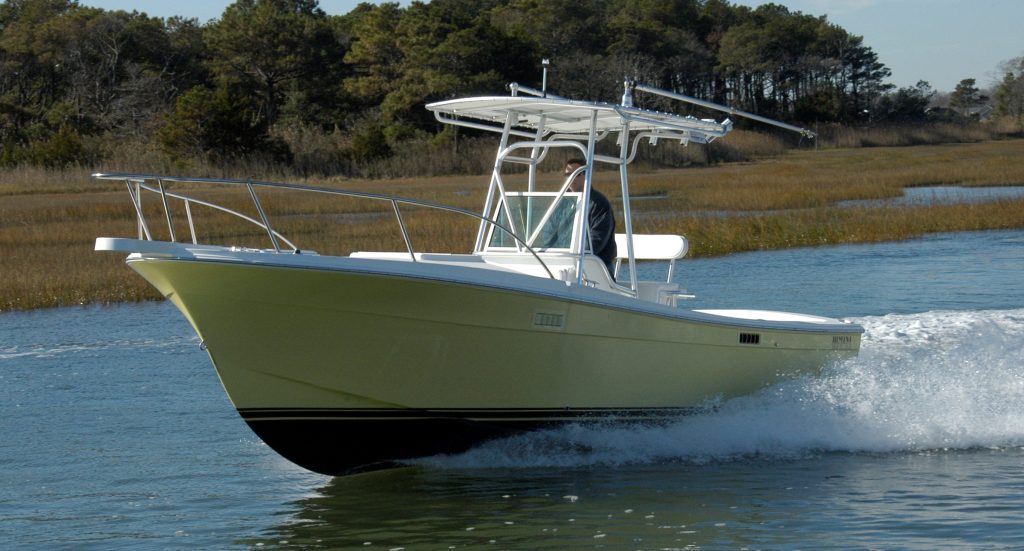 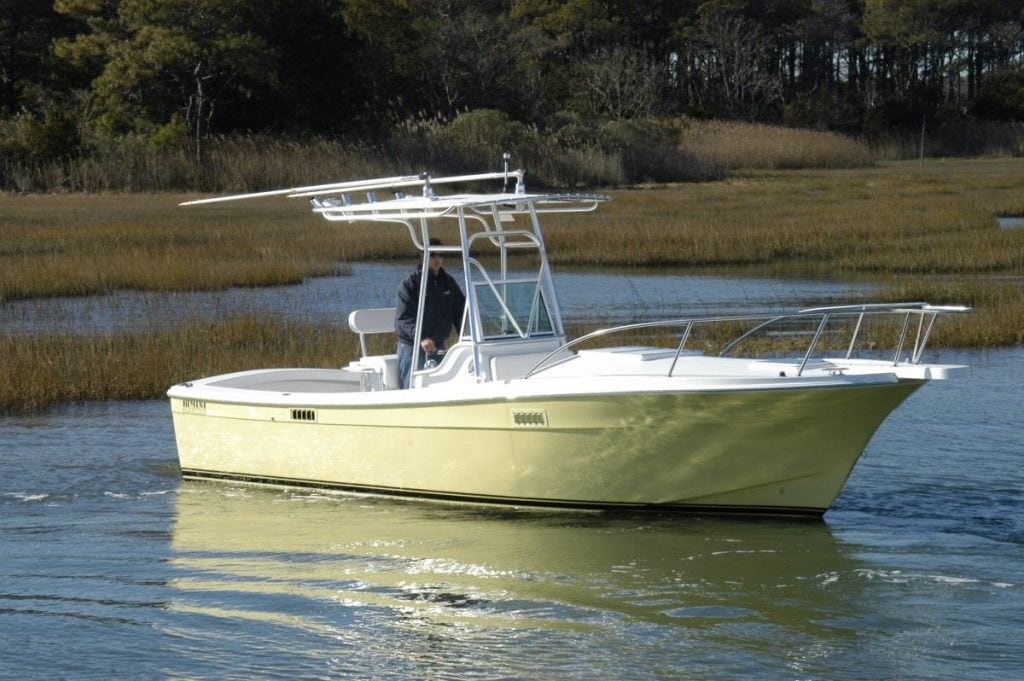 Trinity Composites was created in 2008

After completing the boat project, we decided we wanted to come back to Florida. I have always had dirt bikes and jet skis and while visiting a local lake, met a few professional jet skiers training. After a discussion of their skis and some of the problems they were having, I made a couple of suggestions. That turned into the next project. In 2005, I produced a jet ski hull for a pro rider who at the time rode for Kawasaki. That hull stunned the world and started a shift in the industry when it won the 2005 World Championship by a huge margin. I started Trinity Composites in 2008 at 29 years old after realizing that I could create a great product that was wanted and needed in the industry. Trinity Composites quickly became known for producing the strongest, lightest, and most technologically advanced hulls in the world!

Right away our hulls were sought after by pro riders in the industry as we built a National and International team. We have also built for music producers, celebrities, billionaires, pro sports figures along with many enthusiasts in the sport. Below is Kimi Raikkonen, a Formula 1 World Champion racer who purchased two of our jet skis. 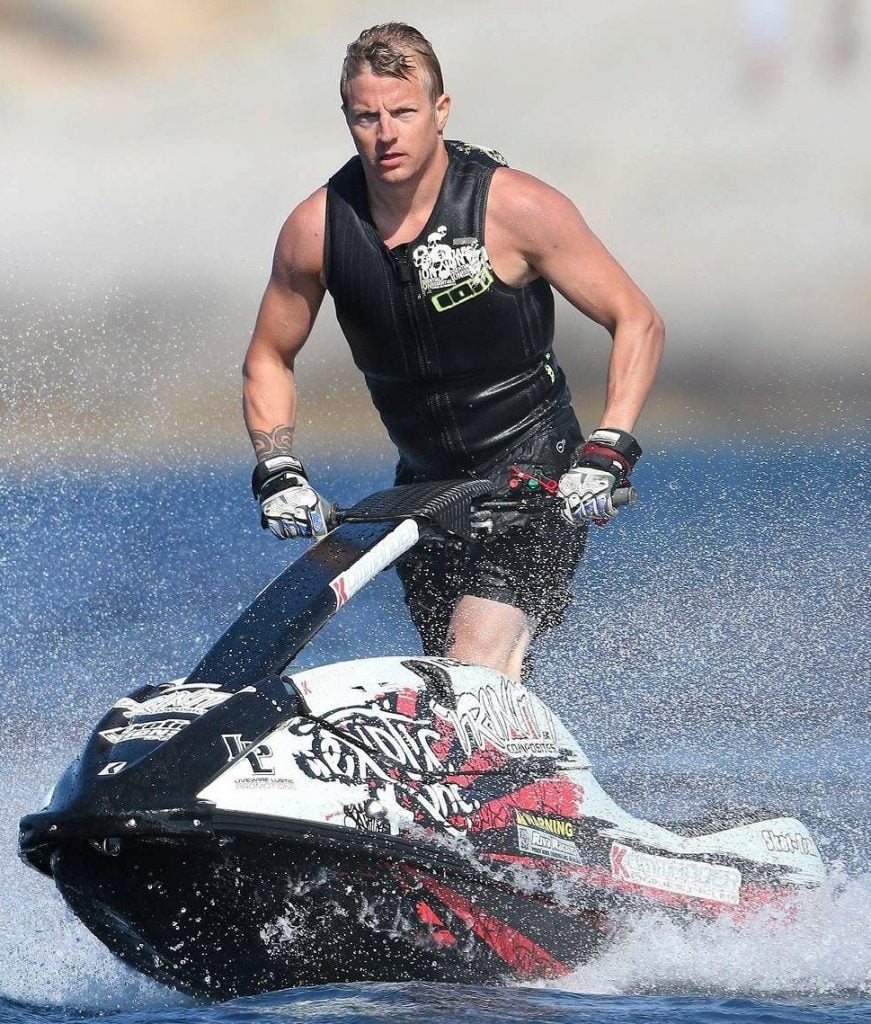 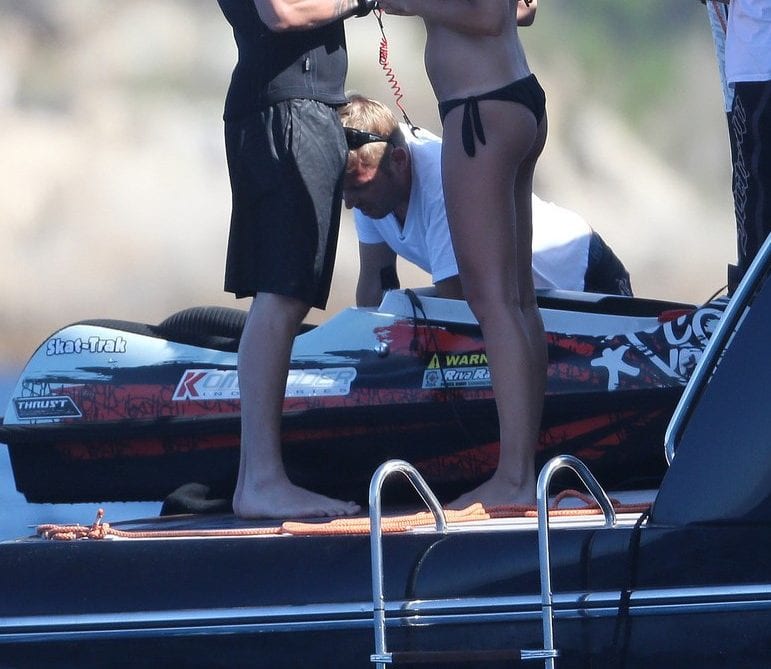 We created another first by developing one of the best purpose built surf hulls in the world at the time.

Next we dominated the aftermarket race hull market

From 2011-2017 we focused primarily on our race hull the Trinity Vector, shipping hulls into 17 countries and leading the market by example. Building our Vector race hull for Team Kawasaki, Team Yamaha, private race teams, our own National and International team, and for enthusiasts around the world! 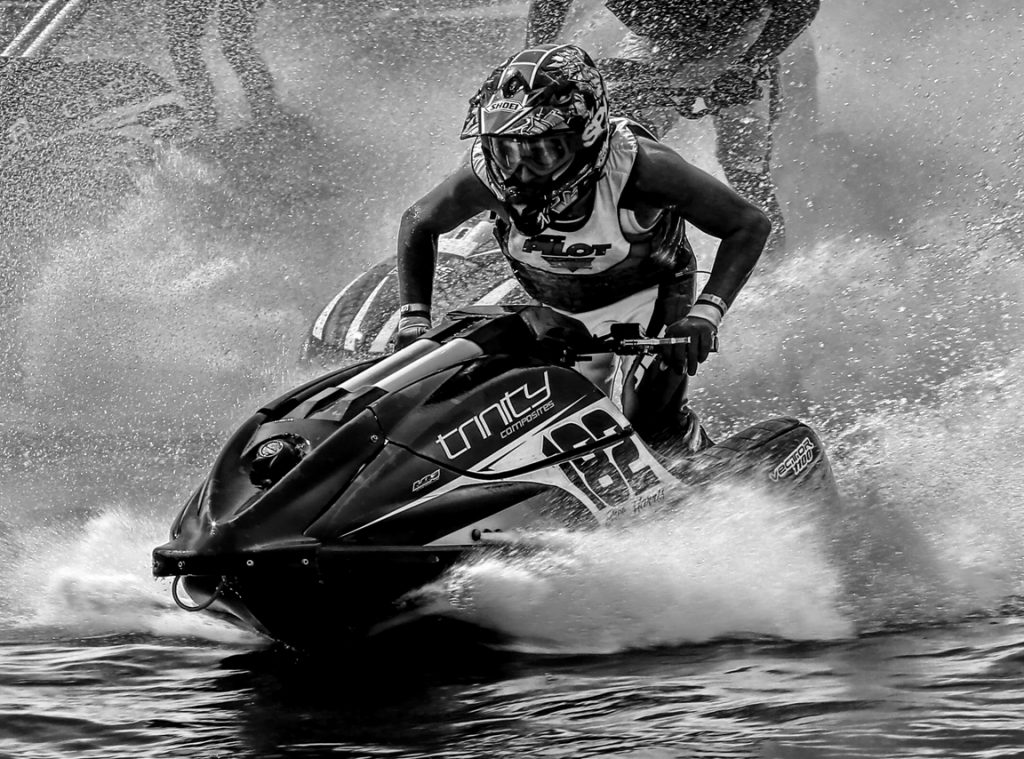 After 11 years of development, design, production and service sent around the world in the jet ski market we had a decision to make. Manage two growing companies or choose one to focus on completely.  At the end of 2019, we sold Trinity Composites, designing one last hull and its associated tooling for the new owner. 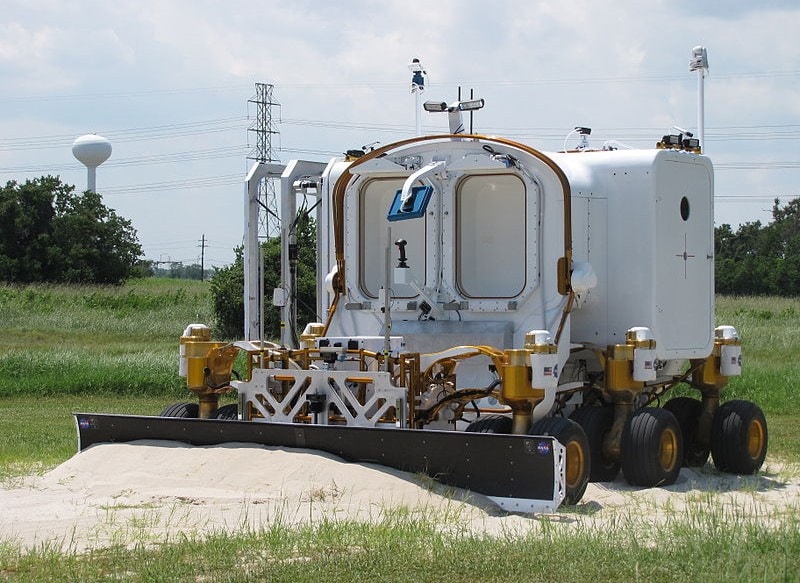 In 2009 we were approached by NASA during our time owning and operating Trinity Composites. NASA needed a system for building things on the moon, we labeled it “Lunar Surface Systems”. At the time they were not able to find a solution, neither could two much larger companies than ours. NASA gave us the contract to produce a prototype component that would be a concept tested first on a lunar rover. The prototype project would be tested to failure to prove the concept was acceptable to proceed with further development. In 2011 prototyping finalized and NASA tested our prototype system which actually failed their test bed at 7,200 psi breaking mechanical components within NASA’s testing machine. It was during our initial prototyping in 2009 that I had the first thought of a full carbon fiber ring. I searched online but only found carbon fiber inlays for metal rings which I did not want. Nothing else was available at the time, so I made one for myself. Some of our riders from the jetski industry were asking for them. People who saw the ring would ask what kind of ring I was wearing and where to purchase one. You guessed it, we developed a very unique proprietary process based off of our development for NASA to produce our rings by our company in the United States. 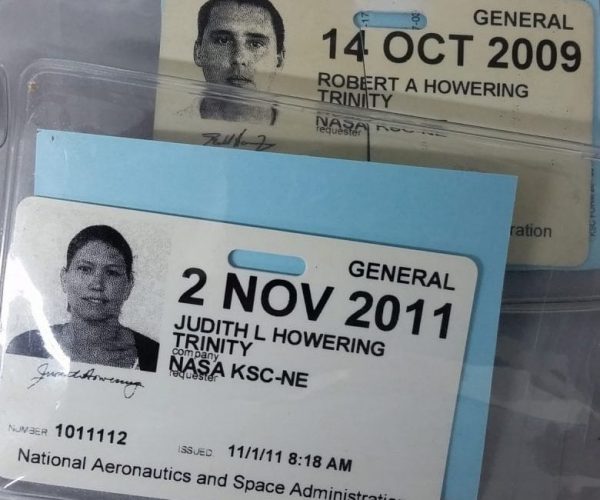 In every one of our rings is our story! Core Carbon Rings represents ambition, determination, and progress. We use state of the art materials to craft a ring that symbolizes strength, beauty, and oneness. Marrying technology with tradition. From our family to you and yours, we wish you the very best!